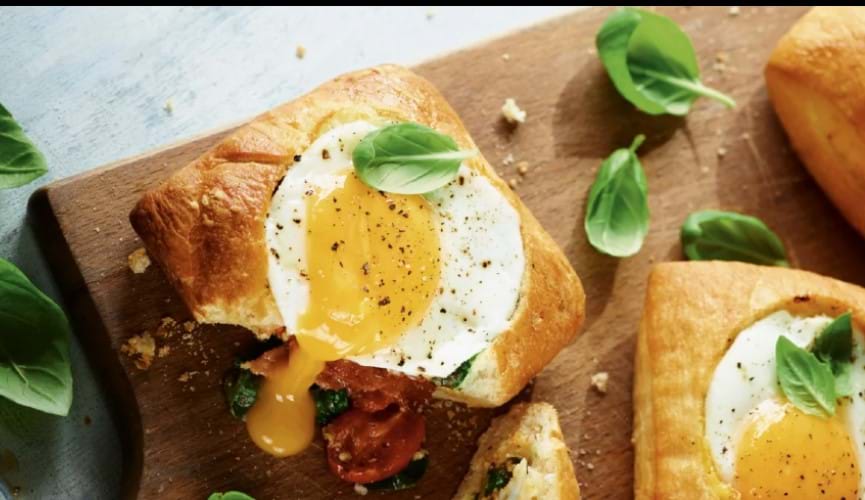 This is a nifty way to serve eggs and bacon, layered up inside a crusty roll
Serves 4  /
Prep 10 minutes  /
Cook 30 minutes

Place the tomatoes, cut-side up, on a baking tray and sprinkle with the oregano and oil

Bake for 10 mins on the top shelf

Heat a nonstick frying pan over a medium-high heat and fry the bacon for 5 mins, until golden brown, tossing often

Layer with the roasted tomatoes, Cheddar and finally the bacon slices

Line a baking tray with foil and set the bread bowls on top, with the lids alongside

Carefully crack an egg into each one and bake in the oven for 15 mins, until the eggs are cooked through with runny yolks

Sprinkle with a few basil leaves and serve with the toasted lids for scooping, if you like