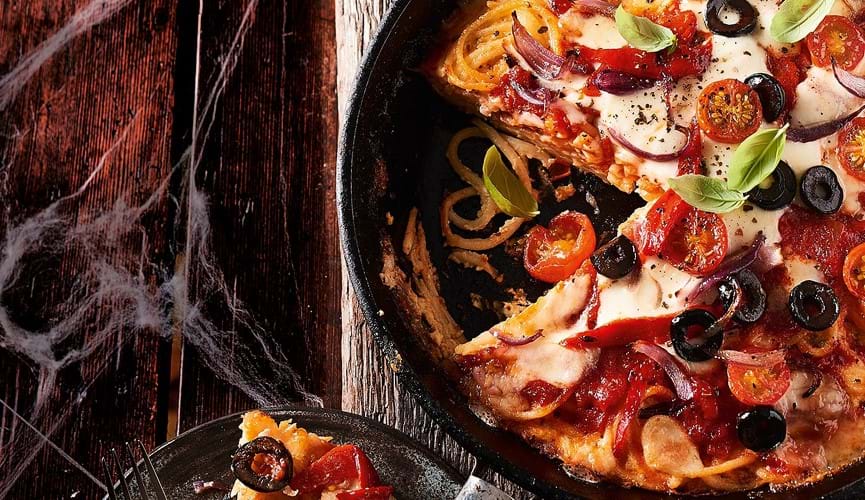 Preheat the oven to 180°C/fan 160°C/Gas 4
Cook the spaghetti according to the pack instructions, drain and set aside Meanwhile, fry the onion in olive oil for 8 mins until soft, then set aside
In a large bowl, beat the crème fraîche, eggs, Parmesan and oregano Season with black pepper and stir in the spaghetti
Grease a shallow 24cm ovenproof dish and add the mixture
Spread with the bolognese sauce and top with sliced olives, tomatoes, peppers, sliced mozzarella, and some more black pepper
Bake for 40 mins, or until firm in the centre
Garnish with a few basil leaves to serve