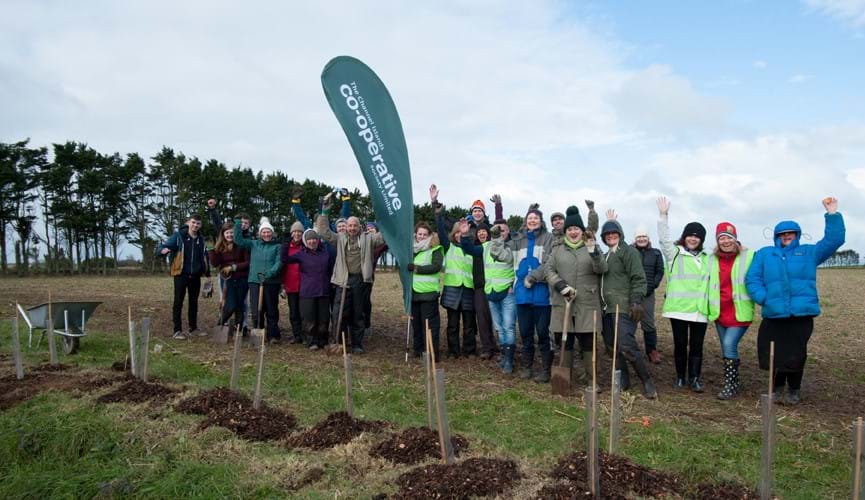 We were very fortunate to be involved with an exciting Jersey project in February of this year. We had donated £2,000 to a charity called ‘Birds on the Edge’ from the funding provided by our Eco Fund. The purpose of the funding provided for the charity was to buy enough trees (saplings, canes, and guards) to plant and restore 1km (1,000m) of hedges for endangered birds and other local wildlife. We granted the charity with their full funding request and it was during a conversation with Cristina Sellares, who is the passionate founder of this charity,  that I came up with the idea of The Co-op taking our involvement with this charity one step further than we might usually. #coopdifference

I was particularly taken with the thought of planting the saplings and the regeneration of this part of Jersey and the idea that these saplings would have a lasting impact on the flora and fauna of the island for years to come. We are fortunate at the Co-op to work with some enthusiastic volunteering types, who happily signed up to the idea of spending a morning in February, helping Cristina and her charity to plant the saplings. As we are co-operative with over 100,000 members, I thought we could extend this invitation to our members, which resulted in over 30 volunteers being present at the tree planting.

It was a cold February morning when we all gathered at Greve de Lecq to be taken by bus to the agricultural field, to commence with the activity of planting the saplings. The National Trust were there in partnership with Birds on the Edge, who we had provided funding for, also through the Eco Fund, to enable them to purchase £1,000 of new tools which we used to plant the saplings. Talk about co-operation!

Cristina Sellares provided expertise, support, and education throughout the morning and she said about the event, ‘The hedges were planted in a joint effort with local farmers and landowners, and compromise of a variety of native trees and shrub species. The purpose is to create linear living structures which will provide many advantages to our local wildlife, many of which are under threat due to the loss of habitats,’

We were all delighted that by the end of the morning we had successfully planted over 500 saplings. We hope to go back to the site next year and attend the saplings with some care and attention after their first winter in the ground. 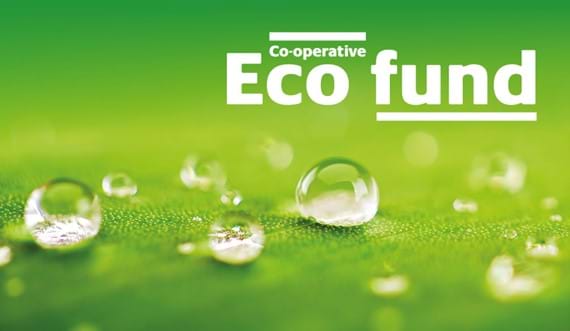