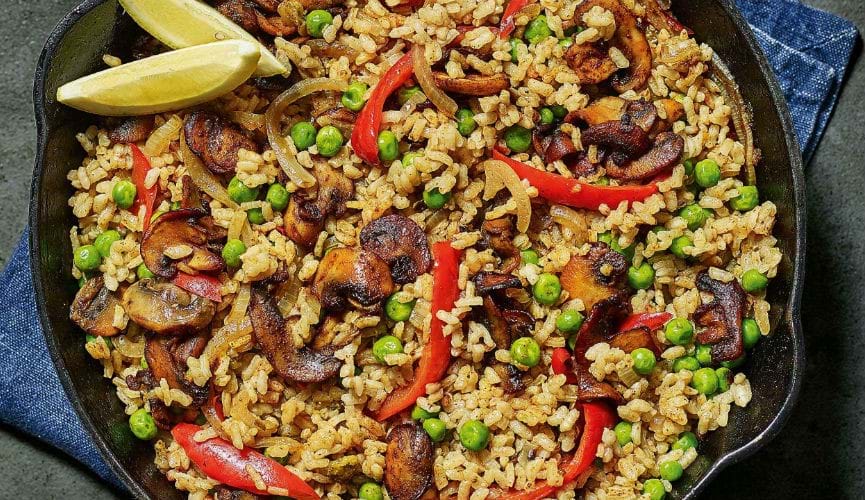 Heat 1 tbsp of the olive oil in a 28cm-diameter frying pan, tip in the mushrooms and cook for 10 mins, until golden
Add the paprika and cayenne, then cook for another 2 mins before adding the cider vinegar
Once the liquid has been absorbed, add the brown sugar and cook for 2 mins
Spoon onto a plate and set aside
Add the remaining olive oil to the pan, along with the onion and red pepper
Cook for 5 mins, until starting to soften, then stir in the mushrooms, along with the vegetable stock
Scatter in the rice and season
Bring to the boil, then reduce the heat and simmer for 15 mins, without stirring
The rice should be cooked, but still have some bite
Remove the pan from the heat and sprinkle over the peas
Cover the pan and leave to sit for 15 mins
Stir in the peas, season, then serve with the lemon wedges on the side