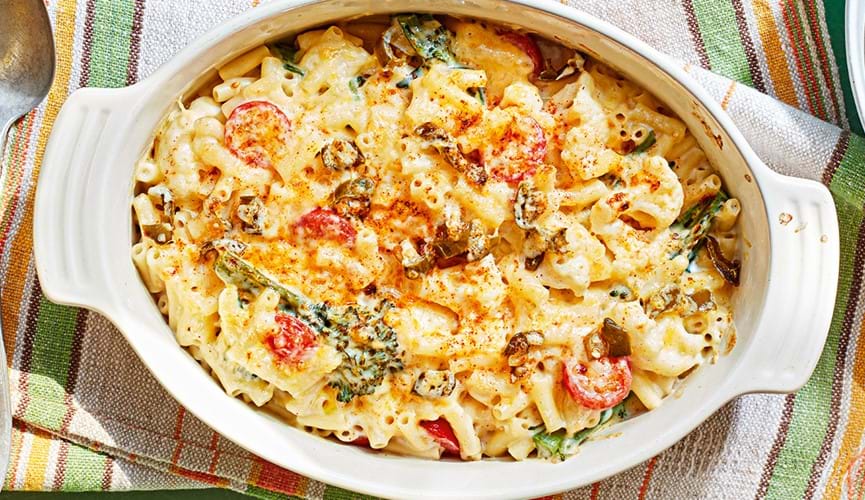 Cook the macaroni according to the pack instructions, adding the veg to the pan for the last 2 mins of cooking

Meanwhile, melt the butter in a frying pan and add the flour, stirring for 2 mins, until thick

Gradually whisk in the milk, and continue to simmer until you have a creamy white sauce

Stir in the mustard and half the grated cheese, then season to taste

Add the pasta, veg and tomatoes to the pan and stir together

Spoon into an ovenproof dish and sprinkle with the jalapeños, the rest of the cheese and the paprika

Cook under a hot grill for 6-8 mins, until the cheese is bubbling and golden