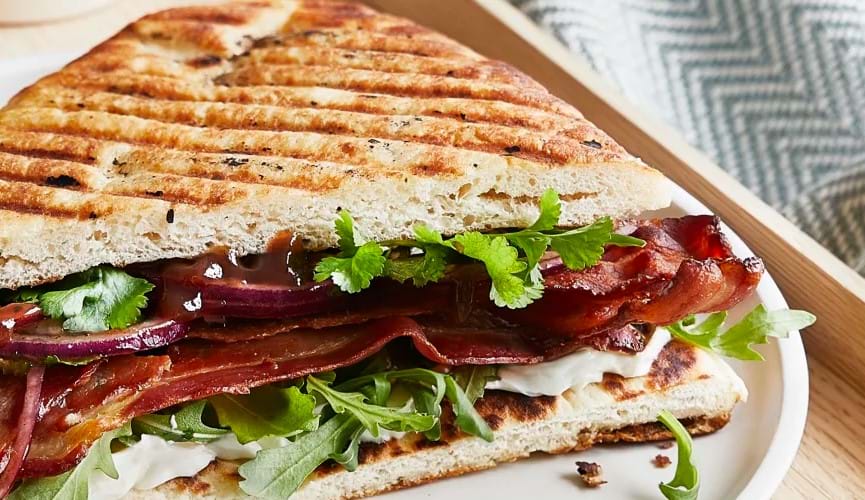 Preheat the oven to 220°C/fan 200°C/gas 7, then arrange the bacon in a single layer on a baking tray lined with greaseproof paper and cook for 12-15 mins, until crisp

Mix together the brown sauce, red onion, chopped coriander and chilli in a small bowl, then set aside

Just before the bacon is ready, toast the naans in a toaster or griddle pan, until golden

To assemble, cut each naan in half and spread over the soft cheese

Top with the salad leaves, bacon, a spoonful of the brown sauce mixture, plus the extra coriander and chilli

Sandwich together with the rest of the naan and serve