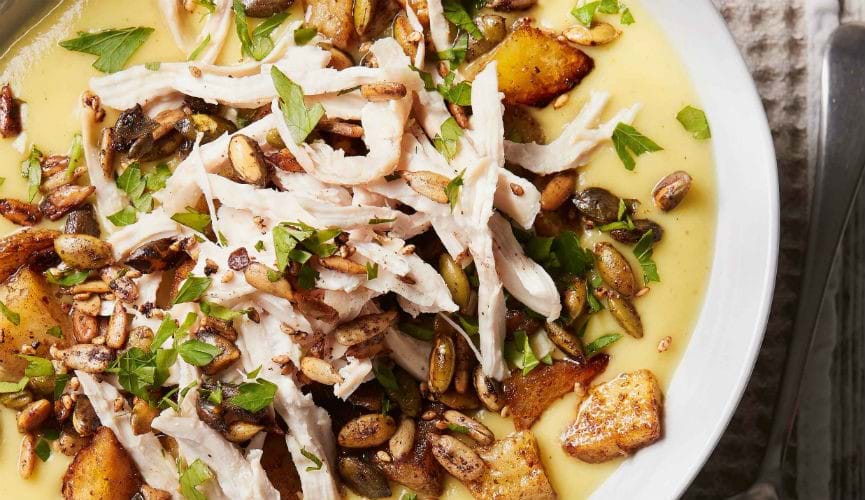 1. Season the potato and toss with half the cumin and cinnamon, plus the nutmeg
2. Heat 1 tbsp of the oil in a nonstick pan and fry for 15-20 mins, stirring regularly, until tender and golden
3. Meanwhile, heat the remaining oil in a nonstick pan
4. Add the seeds, with the remaining cumin and cinnamon, then fry for 2-3 mins, until golden
5. Heat the soup according to the pack instructions, then divide between 2 bowls
6. Top with the potato, chicken and seeds, then scatter over the parsley to serve