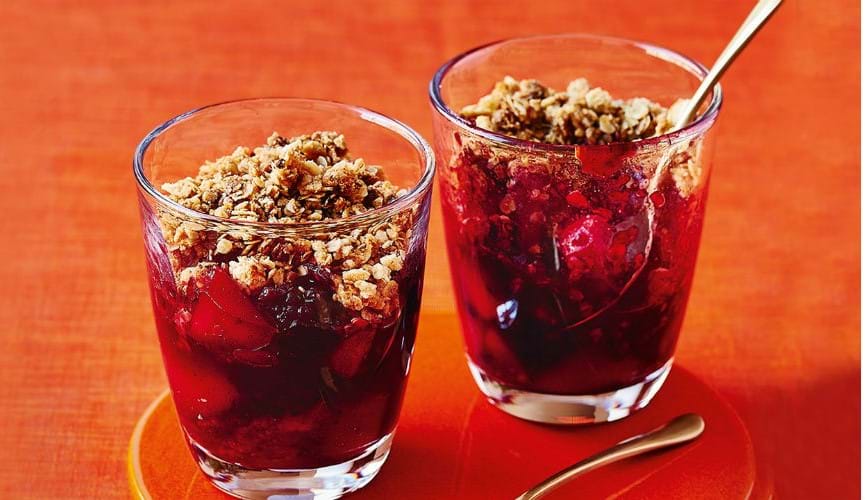 There’s no butter in these unconventional crumbles, making them a great choice for a treat
Serves 2  /
Prep 15  /
Cook 5

For the topping, mix the oil, syrup, oats and flour together in a medium bowl

Spoon onto a baking tray and cook for 10 mins until crisp and golden, stirring and breaking up into crumbs halfway through

Meanwhile, put the apples, pear and berries in a pan with the syrup, vanilla essence and orange zest, and cook, covered, over a medium heat for 10 mins until softened
Remove the lid and cook for 4-5 mins more on a low heat until the juice has reduced

Spoon the fruit mixture into glasses, scatter over the crumble topping and serve