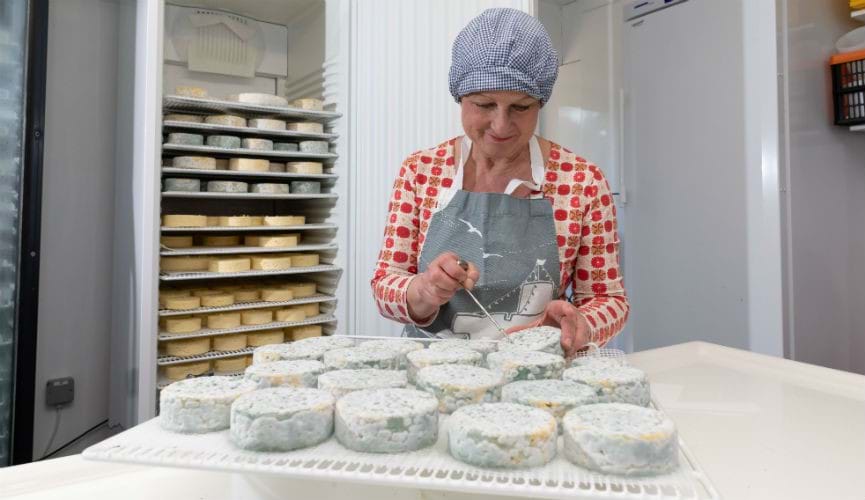 It’s not often you meet a former nurse, of 25 years, who then becomes a cheese maker … but that is exactly where Fenella Maddison’s journey has taken her.

Fenella moved to Guernsey from the UK in 2004 and used the opportunity to reinvent herself. She had loved watching Rick Stein’s Food Heroes and took a keen interest in two of the producers featured on the show.

She said: ‘I was really interested in two of the producers, one of them was producing cheese. I decided I wanted to give it a go myself.

‘There was no-one else in Guernsey using the milk from Guernsey Dairy for anything else. I went on a course in the UK and then spent some days at the Artisan School of Food. I then spent a day following a cheese maker around Sussex.’

From there the business was launched and continues to grow and grow. 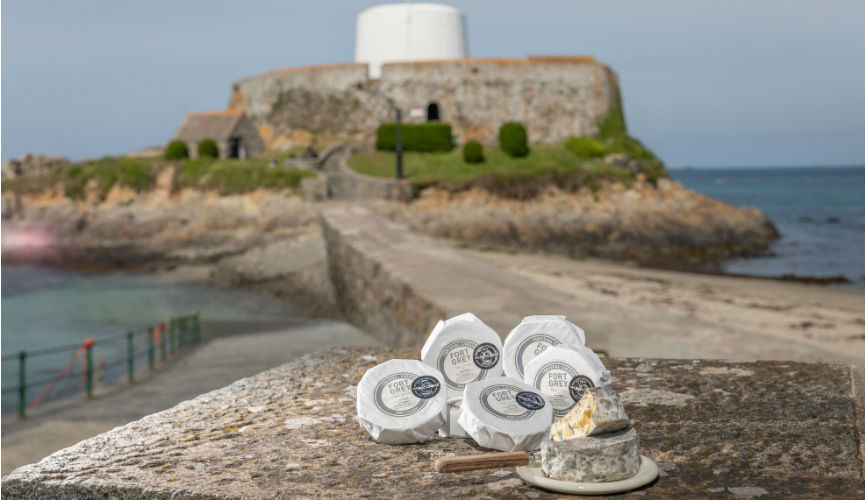 So how did you learn the basics?

‘I started producing cheese with goat’s milk but the milk supply dried up and I had to look at other options,’ Fenella said. ‘So I built a relationship with Guernsey Dairy and now use their milk.

‘I started making the Fort Grey cheese in 2008 and I have been doing it now for 12 years. I entered it into an amateur competition and it won, so that told me that people liked the taste of the cheese I was making.’

The Fort Grey is now a favourite among islanders and often leaves our shelves as fast as we restock them.

What’s a normal day for you?

‘On a cheese making day, I get up and drive to the diary to collect the milk, which comes in big boxes containing 13 and a half litres,’ the islander explains.

‘I have to clean my vat before I deposit the milk and that can take up to half an hour. I work out of a converted garage at my home address.’ 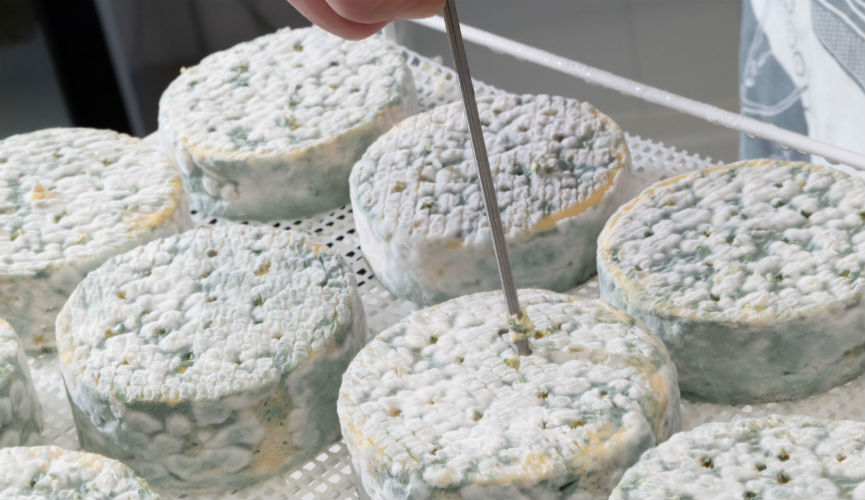 What advice would you give to anyone thinking of setting up their own business?

Fenella smiles: ‘I would just say go for it. You will never earn as much money or have as much security but the job satisfaction is worth it. Life goes pretty fast and you need to take risks.

‘If it doesn’t work then you can always pick something else. My motto in life is ‘pick yourself up and dust yourself down and carry on.’’

What does local support mean to you?

Your Co-op is proud to support a number of local producers and we know that those living in the Bailiwick are proud of their roots and Fenella says the local support she receives is second to none.

She said: ‘The local support I get is fantastic.

‘I love the island and I think Guernsey milk is the best in the world, so I love making products with it. The support from islanders during the pandemic has been fantastic and the cheese sells really well in the Co-op.’

And how should we eat your cheese?

‘If someone hasn’t tried my cheese before then I would suggest just trying a tiny slither. If you are frightened of blue cheese then you can just scrape the blue bit off,’ Fenella explains.

‘If you are planning to eat the cheese then make sure you take it out the fridge half an hour before eating, and serve it at room temperature. I think it’s best served with a nice glass of wine,’ she smiles. 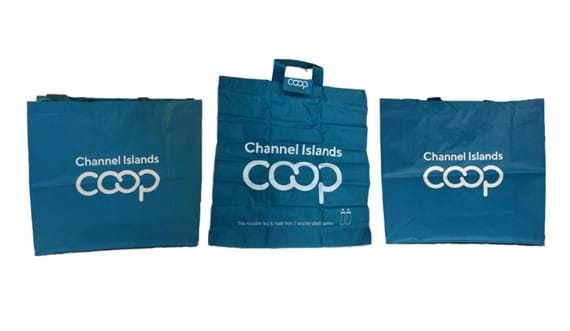