< Back to Vegan recipes 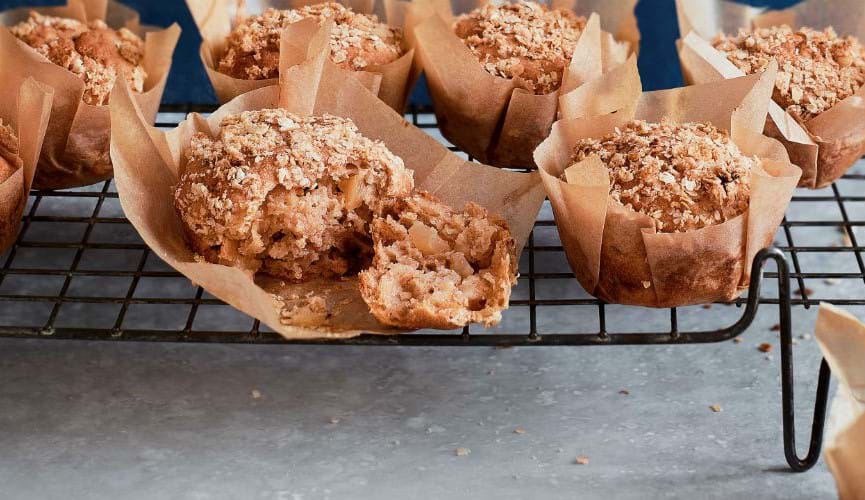 With a crunchy crumble topping, Vegan apple muffins that are easy to make and low in saturated fat too
Serves 9  /
Prep 20 mins  /
Cook 30 mins

Preheat the oven to 200°C/fan 180°C/Gas 6
Line a muffin tray with 9 large cases
Add the vinegar to the drink and set aside for 5 mins
Put the flour, baking powder, bicarbonate of soda and cinnamon in a large bowl
Whisk the oil, maple syrup and vanilla extract with the milk and vinegar, then add to the dry ingredients
Mix well until you have a smooth batter, then stir through the apple sauce
Divide the mixture between the muffin cases

For the topping:
1. Mix the oats and sugar together, then rub in the coconut oil using your fingertips, until you have a crumble-like texture
2. Sprinkle over the top of the muffins, then bake for around 30 mins, or until well risen and golden
3. Take out of the oven and leave to cool slightly before removing from the tin