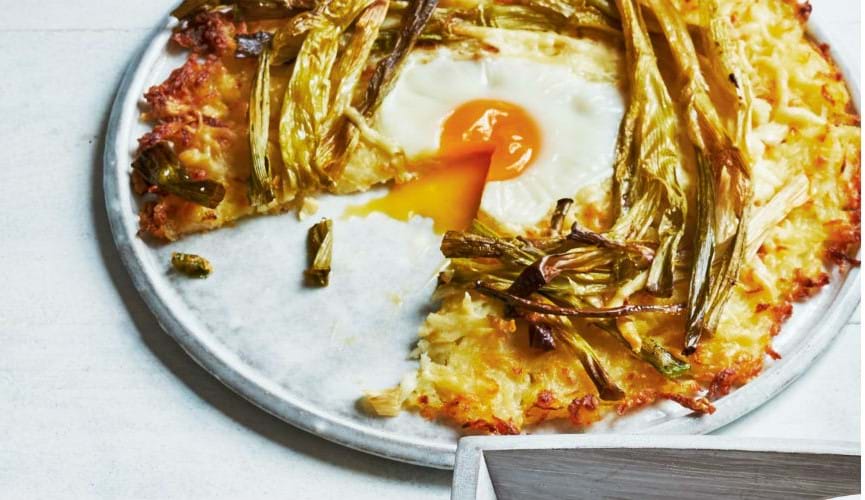 Preheat the oven to 200°C/fan 180°C/Gas 6
Put the potatoes in a large pan, cover with water and bring to the boil
Simmer for 10 mins, drain, then leave to cool
Toss the onions in the oil, season and roast in the oven for 10-15 mins, until lightly golden, then allow to cool
Peel the potatoes, then coarsely grate
Wrap in a clean tea towel and squeeze out the excess moisture
Season, then mix with half the cheese
Put the potato mixture on a lined, greased baking tray and press down into a disc, roughly 25cm wide and 1cm thick
Dot the butter over the top and bake for 30 mins, until golden
Top with the remaining cheese and the salad onions, and crack the egg into the centre
Bake for 10-12 mins more, until the cheese has melted and the egg is cooked
Serve with the salad