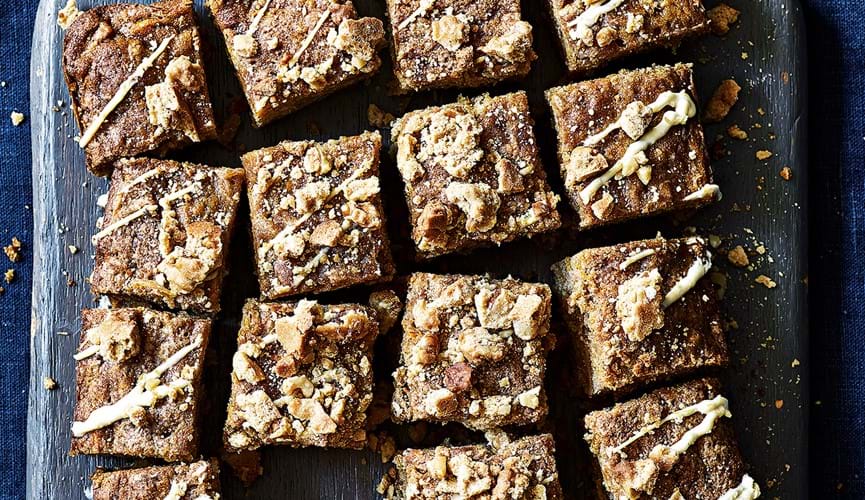 Sift 300g of the flour, the bicarbonate of soda, baking powder and cinnamon into a bowl, then stir in the sugar

Melt 225g of the butter and whisk in the eggs, adding half the orange juice and zest too

Fold into the dry ingredients until just combined, then stir in the pumpkin

Pour into the tin and bake for 35-40 mins, until springy to the touch

Set aside to cool completely

To make the crumble, rub the remaining butter and flour together to resemble breadcrumbs

Add the walnuts and 3 tbsp of the maple syrup, then bake on a nonstick tray for 15-20 mins, until golden

For the icing, beat the cheese with the remaining orange zest and juice

Stir in the rest of the maple syrup, then drizzle on the cake

Scatter over the crumble and cut into squares to serve