< Back to About Us

The year 1919 saw the establishment of the first Co-operative Society in Jersey with the opening of their first shop at No. 41 New Street.

Only operated by the Society for a short period that shop is still intact, a landmark in The Society's history, and it now runs as a centre for local charity, Jersey Cancer Relief.

The premises at No 27 and 28 Charing Cross, were purchased in 1921 and became the foundation on which the Society began its steady progress through the 20's and 30's.

The first major step was the rebuilding, in 1936, of that old corner shop and the accommodation over, which had become structurally unsound. The result was a modern art-deco design with black polished fascia displaying a classic Co-op title, a new modern frontage.

In 1939, just a few months before the Nazis took the Islands, a young man of 24 arrived from the Market Harborough Society, to be Chief Clerk/Accountant to the Jersey Society. He quickly found himself thrust into an experience and responsibility little imagined at the time.

Already in position was another young man, George Townend, also from England. These were indeed fortuitous postings for the Society. Together these two young men managed the affairs of the Society, despite the difficulties and hardships of the German Occupation, borne by the whole Island.

At the first post-Occupation A.G.M. in December 1945 it could be reported that a healthy position enabled payment of a dividend of 5p and a bonus of 1p.

This was a period of consolidation and continuing progress after those five years of impatience to see the Germans out. No time was lost in expanding existing premises with the purchase of the adjacent butchery business, the first expansion along the Charing Cross frontage.

A Management Committee was elected to represent Members and to liaise with the Co-operative Wholesale Society (CWS), and the first moves were made towards the stocking of 'dry goods'.

News of this initiative had spread across the water and Guernsey soon followed with a Co-operative of her own.

The Guernsey Society, established in 1947, attracted considerable attention at its first modest shop, No. 2 Market Street. It was among the first in the British Co-operative Movement to introduce the idea, in 1951, of the mobile shop, which became a feature of Parish life, later in Jersey too, continuing to operate for some 25 years until the car rendered it no longer necessary.

Both Societies were supported by a CWS Supervisory Committee, which meant that the Island Society's Accounts were subject to UK taxation.

Growing objection to this practice eventually persuaded CWS to suggest and agree a merger which resulted amicably in the formation of The Channel Islands Co-operative Society in 1955 with its own registered office in Jersey and no longer subject to UK taxation.

Progress was immediately apparent with continuing advice and support of CWS, but with greater freedom of decision and action. The late 50's saw rapid expansion in Guernsey with the purchase of The Artisan's Institute and Rectory House, trebling existing space for accommodating Non-food ranges.

In Jersey, the purchase of the existing Georgetown general store in 1947 had raised great hopes for the first out-of-town shop but these hopes were thwarted by IDC procrastination over road widening and other planning considerations.

Not until 1969 could the Society rebuild, and open a new Georgetown store. Similar problems beset the development of a supermarket in Val Plaisant on the site of the Le Riche Workshops purchased in 1951.

The new store was eventually opened in 1968. Many discussions continued over improvements to Charing Cross where lack of space for further extension caused difficulties in holding sufficient food stocks.

This position was eased when two adjoining shops on the Charing Cross frontage became available and was purchased in the mid 60's. In Guernsey, progress was also being made with new self-service shops being opened at the Bridge and Castel.

It had become essential to have greatly increased warehousing capacity. After considerable delays by the IDC a new warehouse was built adjoining the bakery at Goose Green Marsh, Beaumont in Jersey. This gave the Society spacious warehousing facilities for food and Homemaker products along with full repair facilities for all Society vehicles.

Considerable expansion occurred during this decade with a new supermarket at Pontac, a specialist freezer centre at Beaumont and, perhaps most significantly, the purchase of Western Stores in St Peter.

The store was demolished and the first store in St Peter established. This was the Society's largest food store and was to become a huge success leading to further redevelopment in the early 1990's.

Concurrent with the Jersey development was developments in Guernsey at Longstore, The Society's first Guernsey supermarket followed by St Martin's supermarket, which was similar in size to that created in St Peter and again was extremely successful.

The decade commenced with changes to the Society Senior Management Team. John Morris, who had been Managing Secretary during so many of the formative years retired.

Expansion continued with the emphasis during the early 80's being focused on the Homemaker areas. In 1981, the new Homemaker Store in Don Street was opened. This was the biggest store, by far, for The Society with over 20,000 sq ft and a merchandise selection comprising of Electrical, Furniture, Floor Coverings, China & Glassware, Cookshop and a Café laid out on three selling floors.

The move of merchandise from Charing Cross led to the refurbishment of this store and the re-opening featuring a 'Style Centre' which included Ladies and Menswear, Sportswear, Footwear and a much enlarged food store.

In Guernsey, Rectory House was completely refurbished and Lowlands Homemaker was opened, offering a similar selection of merchandise to that sold in the Jersey Homemaker.

As the 80's drew to a close, The Society opened its largest Channel Island supermarket at St Sampsons in Guernsey, which replaced the Bridge and Castel self-service shops. The Bridge shop was transformed into a shoe shop operated by 'Shoefayre', a successful Co-operative Concession that had numerous footwear outlets across the UK.

During the early 90's, one of the most significant developments in the Society's history took place. After seven years of IDC delays, the Society extended its very successful St Peter's food store. The result a 14,000 sq ft Fresh Food Store, which marked the beginning of a new era of food store change and expansion.

After extensive Market Research, in 1995, a major change of policy was agreed. The Society would segment its shops to provide a tailored service to meet the emerging changes in consumer food shopping trends.

The competition had increased, with superstores in both Islands and specialist chains of convenience stores now being created.

The Society's policy, which was to be so successful, had four types of food outlets:

Fresh Food Locales - for the smaller 'neighbourhood' stores with a selection tailored to each stores size and location catering for 'top-up' shopping but fulfilling a full family shop if the customer so desired.

Fresh Food En Route - a new concept within the Islands of a convenience store integrated with a petrol filling station.

The new policy was vigorously implemented with new 'Locales' being created by totally refurbishing the stores' interior, extending the selling areas into the stockroom space which was not now required in the same quantity due to the just-in-time food deliveries.

The first 'Locale' was at Beaumont (originally the Freezer Centre) which was an outstanding success. Further conversions took place at Val Plaisant, Georgetown, Pontac and, in Guernsey, at Longstore.

The purchase of L'Aumone Service Station in the mid 90's proved a huge success as the Society cut the price of petrol by offering dividend stamps on every purchase. The refurbishment and extension program to create the first 'En Route' site proved to be one of the most successful developments undertaken by the Society.

A further 'En Route' site was purchased in Jersey, which underwent a major rebuilding program in 2002, and has been trading ever since.

In Homemaker, it was time for further refurbishment as both stores in Jersey and Guernsey underwent major works, creating state of the art stores.

Of particular importance was the commencement of travel retailing by the Society, initially in Guernsey in 1989 and later in Jersey. During the 90's, these two stores would become two of the leading travel stores in the Islands, creating considerable interest when they cut the price of holidays (by giving shopping vouchers) for the first time in the Islands.

Another new venture in the early 90's was the opening of 'TotalSport', a new out of town sports superstore, located in the totally refurbished Beaumont premises at Goose Green Marsh. This store replaced a 'Centre Sport' shop, which had to close when a re-organisation of space took place to create our Charing Cross Centrale Store.

In the New Millennium

The development programme for the Society continued unabated with a new 'Locale' opening in St Brelade. This was a particularly pleasing development as the Society had not previously had a presence in this growing residential area, in which resided many Members, who for a number of years, had requested a store to be opened.

In Homemaker, the Jersey store was transformed with a major extension of Travelmaker and a completely new concept for Homemaker. In Guernsey, Travelmaker was extended at Rectory House and additional office space to let was created on the upper floors.

The major development was the conclusion of protracted discussions with C Le Masuriers over the Society leasing a 30,000 sq ft Fresh Food Grand Marché, a new shopping concept for the Islands unique in the British Isles, having its inspiration in Holland.

The store with some 235 undercover car parking spaces allows the customers to reach the store by the first Travelators in the Islands. The store had a tremendous opening in November 2001 and marks a real milestone in the Society's food retailing history.

In Jersey, a major extension to the existing Food Warehouse was required to service the new Grande Marché. This new 90,000 sq ft warehouse centralised the entire distribution of food products in a state of the art warehousing facility.

The Society also purchased Vazon, which was converted into a 'Locale' store and underwent a major redevelopment, doubling its floor space.

2007 saw some growth in Guernsey with the addition of the new Forest En Route store replacing the existing Duques Garage early in 2007. The Market Street store moved across the road actually into the Market place creating a unique store retaining the original features of the old market traders with a mix of the old and the new in its design.  In June 2009 St Martins En Route was also added to the Grand Marche site.

Having been the driving force behind the Co-operative movement in the Channel Islands since 1973, Allan Smith opted to work for the Society in an advisory role, Head of Major Developments. Allan was succeeded by Chief Executive, Jim Hopley who in turn retired in January 2011, after 31 years, and was succeeded by Colin Macleod. 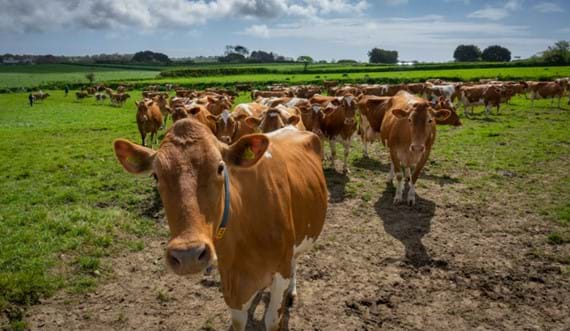 We take our commitment to the community very seriously, that is why we want to make a real difference. 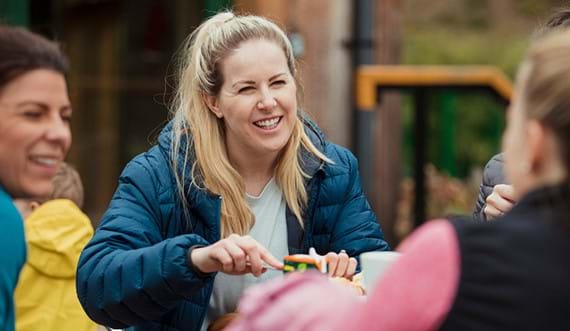