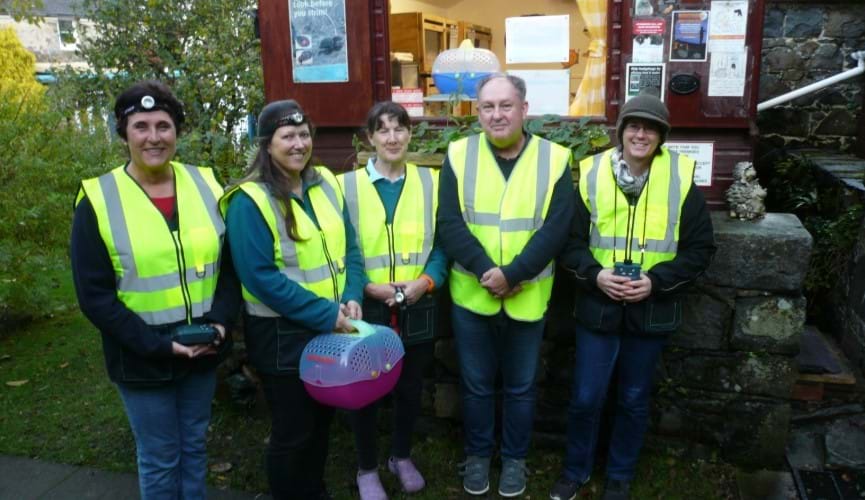 An open letter to Environment Minister John Young: Thousands has been donated through the Co-op’s Eco fund

We have responded to comments made by the Environment Minister on BBC Radio Jersey on Friday 28 February. Your Society launched the Eco fund in 2008 on the back of introducing a 5p levy on one-trip carrier bags. Since then a number of local good causes, which directly protect the environment, have befitted.

On Friday 28 February you were interviewed on BBC Radio Jersey to discuss a number of environmental issues, including the States banning plastic bags in Jersey. In the interview you said that you want to know the success of what has happened to the 5p charge in the supermarkets.

You said that ‘they [supermarkets] were supposed to donate money to charities’ but you have not ‘seen a single figure of what money has gone to charity.’ You then went on to say you ‘haven’t seen a dickie bird of figures in Jersey.’

I am writing to you to let you know about the thousands of pounds The Channel Islands Co-operative Society have donated to a number of local charities since launching our Eco fund in 2008, in response to charging a 5p levy on one-trip carrier bags.

Not only is the Society the only retailer in the Channel Islands to have a dedicated environmental fund which directly supports the local community, but we were also instrumental when introducing the charge and were the first Channel Islands supermarket to enforce the 5p levy, several years before supermarkets did the same in the UK. Since launching the Eco fund, we have donated more than £300,000 to a whole array of projects which benefit the local environment.

We open the fund to applications in June every year and this is shared on all our social media channels, website and in most cases picked up by the local media. I am sorry you have not been made aware of the good work we have done through our Eco fund.

Thanks to funding awarded to Jersey Trees for Life from the 2019 Eco fund, more than 1,000 trees and hedgerow whips were planted in Grouville in January 2020. This action will go on to make a lasting impact on our local environment, which I am sure you will agree is hugely positive.

In previous years the Eco fund has donated money to Les Landes School who bought a chicken coop for their garden to teach the children the importance of knowing where your food comes from. Seedy Sunday used the money to organise a seed swap and promote biodiversity in Jersey and Plastic Free Guernsey used the money to raise awareness of their cause. Pick It Up Guernsey used their funding to tackle the issue of cigarette butts littering the streets in Guernsey. Since helping fund Pick It Up Guernsey, this campaign has gone on to gain national recognition.

As a responsible retailer, the Society is also committed to reduce its own impact on the local environment and have made a pledge to commit to making sure 80 per cent of all Co-op own brand products are recyclable by 2020. We are removing more and more plastic packaging from our stores and were the first supermarket across the Channel Islands to introduce a milk dispenser, eliminating plastic bottles and encouraging customers to buy milk in glass bottles. We also have a large range of loose produce and are continually looking at changes we can make to our stores to become more environmentally friendly, including solar panels, energy efficient fridges and installing electric car charge points.

We would be more than willing to discuss our Eco fund with you in further detail and share more figures should you wish.