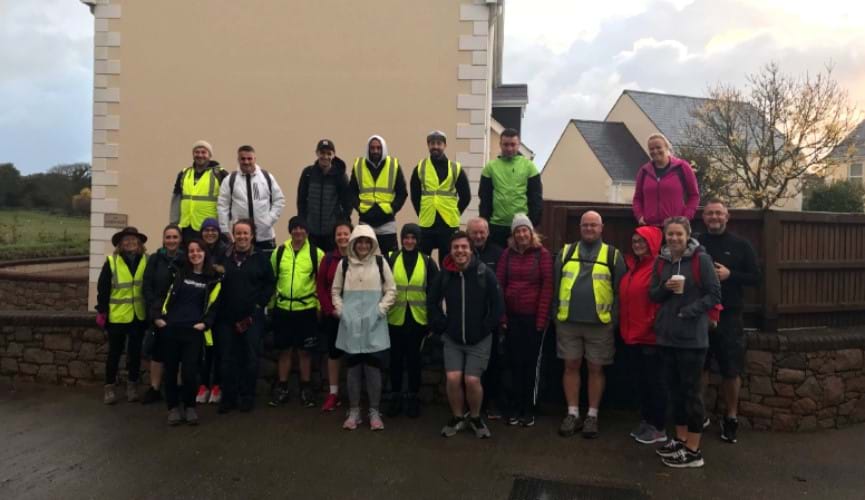 Walking to make a real difference to our communities

A walk which once began as a ‘personal challenge’ has grown into an annual event which raises hundreds of pounds for local charities.

Known as the Co-op to Co-op Walk, the event was the idea of former Jersey Co-op colleague, Rod Cobon. Rod wanted to set himself a challenge to help raise money for local causes. Since then the challenge has grown year on year, gathering the interest of other colleagues who have joined in to help raise funds.

What does the walk involve?

The walk is no easy feat. In Jersey, the route starts at  En Route St Mary and goes on to visit  every Society location, including pharmacies, medical care, travel and funeral care before finishing at Locale Pontac. In total, walkers visit 21 locations and complete a distance of around 24 miles.

It may be the smaller of the two islands, but the Guernsey Co-op to Co-op Walk still poses its own difficulties. Starting from En Route Forest, Guernsey’s route visits 11 stores and covers a distance of 15 miles ending at Locale Vazon. 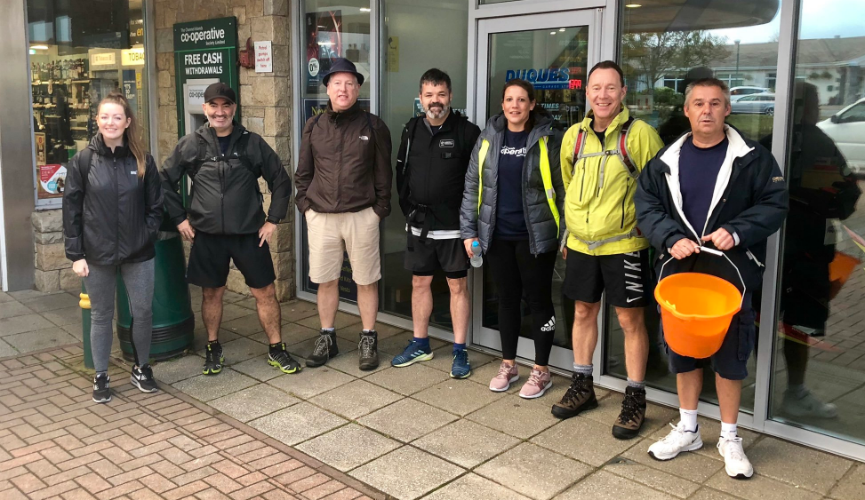 Brave colleagues not only overcame tired muscles, blistered feet and steep hills, but also the added trial of completing the walk in October’s unpredictable weather. But the challenges the walkers face are minimal compared to the everyday difficulties many islanders are challenged with.

In Jersey the walk raised money for Teenage Cancer Trust Jersey Appeal. They’ve been active for ten years, but what they have achieved in that length of time is inspiring.

For many Channel Island patients, treatment for cancer takes place in a specialised unit within Southampton General Hospital, away from the familiarity of home, friends and family. Treatment can be as often as weekly chemo appointments meaning extended periods away from the island.

‘The money raised from the Co-op has huge meaning to the charity and the public awareness’ said Liz Barlow, co-founder of the charity.

‘We are fundraising for dedicated staff for island teens and to bring that resource to Jersey,’ said Irene Haycock, another founder.

‘We’re also looking to introduce resources for local schools – including a specialised team that help raise awareness of the five signs of cancer in teenagers.’

Supporting the Guernsey Down Syndrome Group

In Guernsey, colleagues were raising money for the Guernsey Down Syndrome Group.  They operate on the belief that there is no such thing as a disability for any person with Down Syndrome.

The group provides friendship, support and acts as a social club for families, friends and members of the community who have or know someone with Down Syndrome. It is only through donations, sponsorship and funding that the group exists and gives such a vital lifeline for a community of islanders.

Former Co-op colleague, Brian Prigent, has close connections to the Guernsey Down Syndrome Group and suggested the charity as the recipient of the Guernsey walk.

'We are absolutely delighted with the fantastic amount that the co-op have raised for us - it gives us confidence that our members have the support of the community,' says charity representative, Debbie Aldous.

The money will go towards supporting families who have a child with Down Syndrome. Our aim is to help make life a little bit easier for our members'.

Through the tremendous efforts from our colleagues in Jersey and Guernsey, the Society has been able to donate hundreds of pounds to both the Teenage Cancer Trust Jersey Appeal and the Guernsey Down Syndrome Group. In previous years the walk has supported other local charities too.

And those taking part can be certain that the impact of the funds raised will outweigh any sore feet and aching muscles.

Find out more about the work your Co-op does in the community, and find out how else charities can fundraise with us.