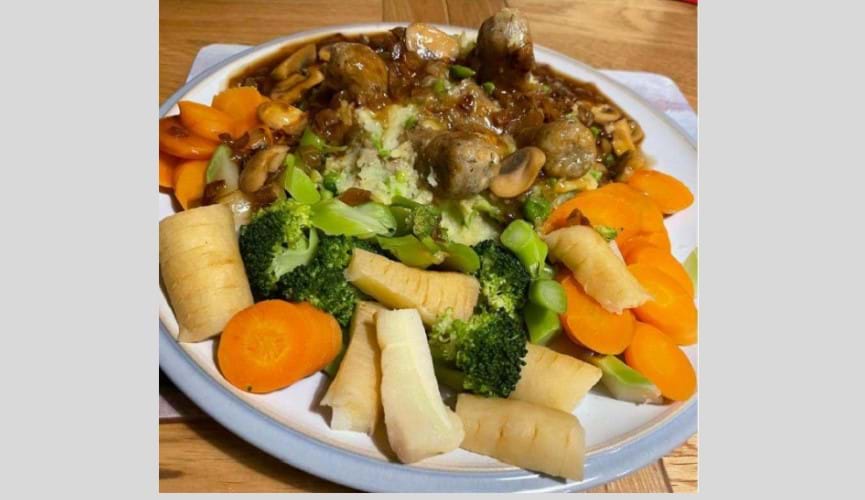 1. Give the potatoes a good scrub (don’t bother peeling) and then chop into 3cm chunks. Add to a pan of water and start boiling. I usually add boiling water from
the kettle to save time. Towards the end of cooking time and pre-mashing, add the peas and cook until heated through.

2. Scrub and chop the carrots and parsnips. Wash the broccoli and divide into portion-sized florets. Don’t waste the stalks – chop those as well.

3. Boil the carrots for a few minutes before adding the parsnip (they don’t take long to cook) and finally the broccoli florets. If you cook the broccoli for too
long, it will lose its lovely vivid green colour and go mushy. And we don’t want that.

4. Meanwhile, make the gravy. I find half an onion and 75g of mushrooms is enough for a decent gravy, but feel free to use more.

5. In a frying pan, add the finely sliced onion to hot oil and cook until translucent. I tend to leave onions as long as possible until they start to turn brown
and caramelise. When they’re ready, add the mushrooms and fry a bit longer. I prefer the mushroom to have a bit of bite, so I try not to overcook them. Add the herbs.

6. At this point (and to save pans) add the sausage and cook until they’re done – then take them out, put to one side and finish making the gravy.

7. Add some water from the boiling potatoes to make the amount of gravy you want and then either add a splash of soy sauce, or a stock cube (though I tend to avoid these), or a spoonful of Vegemite or Marmite – whatever you prefer to make your gravy.

8. Now it’s time to thicken the gravy. A spoonful of cornflour or plain flour mixed with a little water and added very slowly until it’s cooked and thickening the gravy should do it. Keep adding until you reach your preferred thickness. Alternatively, cheat and add gravy granules – Bisto do a great vegan version.

9.The assembly: drain and mash the spud and peas – adding a dollop of vegan butter and seasoning. The peas shouldn’t get too smooshed, they’re pretty resilient.

10. Pile the peasy-mash onto a plate and make a mountain. Stick the sausage into the pile, a la Desperate Dan.

11. Drain the carrot, parsnip and broccoli well and arrange by the mountain. Smother it all in the gravy.

Recipe by Gill Kay, as featured in the Jersey Evening Post, Family Meals for a Fiver series, 21 January 2023
*Prices correct at time of print 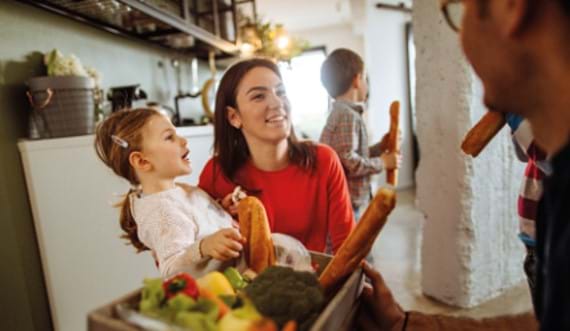 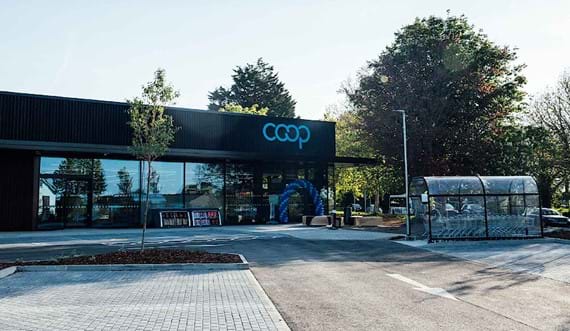